Do you prefer knowing where you are going?

Friday night I had no reservations and didn’t know where I would land.

Some people love that.

Me, I was worried.  It was a Friday night,  a time of festivals, concerts,  fairs and sold out camping areas.

I drove the back roads heading toward Greenville.

I had stopped at a McDonalds to get access to Wifi and blog.  After that, I didn't get very far and I saw an Anytime Fitness and stopped in to work out. 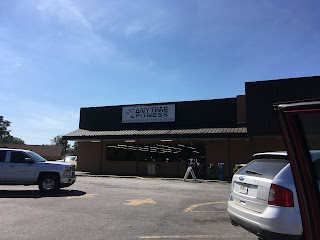 I was aiming for a state park just north of Greenville, South Carolina.  It was 5 hours away at least, according to Googlemaps.com

When I stopped for lunch I gave the campground a call to see if there were any sites. 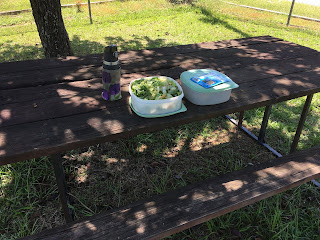 They had 7 tent sites available but they would not save let me reserve one.

When I told them I would probably be there after 5, they said the sites would not still be available, there was music in the park this weekend, it was filling up.

I looked for motels in the Greenville area.  Pretty pricey and I really brought all this camping stuff for a reason, so save money on lodging and get me outside more.  The comfort of a motel room with air conditioning was enticing.  It was 95 degrees again.

When I crossed the South Carolina border I passed a state park.  But then just a few miles down the road was another one.  It was about 4:00 p.m.  I called and they had spots so I drove in... a few miles to  Baker State Park.  I got another lake side spot with a view and a breeze. 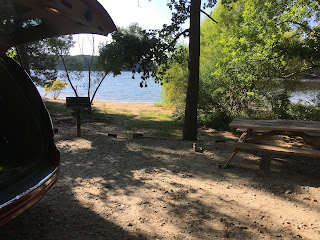 I set up camp.


Then I walked a mile to the dumpster and a mile back.  My hip began to ache.  I have been having an issue with my hip.  The pain comes and goes, mostly comes when I walk around cleaning house... or working in the kitchen or going for long walks.

I felt myself close to tears.  I am missing George.

I imagined what this trip would be like with him and his dementia.  Cleaning him up, walking very slow and holding him up.  Yet still I felt it would be company, it would give this trip a "WE" instead of just "me". 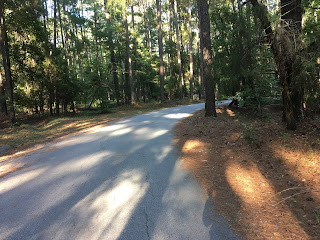 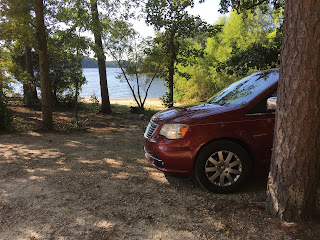 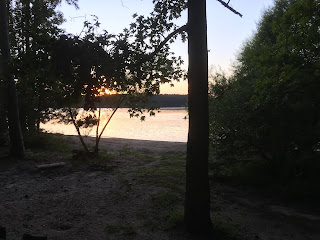 Feeling old I sat and read for a while.  I texted friends and called my sister.   It was good to chat and I felt a little better.

I sat until the light got dim.  Then crawled inside my tent.  I thought I would read, but I couldn't keep my eyes open.  Only 8:30!  What's with that! 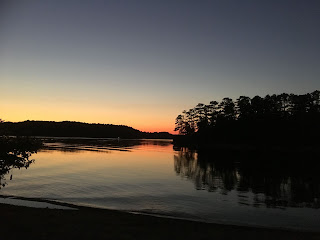