I felt uneasy about not having a place set up for tonight to lay my head.  I kept telling myself I had plenty of time to look and if all else fails I could pay for an expensive motel room.

I said goodbye to Peg, my Evergreen hostess in Largo.  It was a nice stay, last night she drove me around to show me the area and then took me to the Regal Theater with huge lounge chairs.  We saw "Yesterday".  Lots of great Beatles songs and a fun story.

There were two places Peg told me about that I wanted to see.  Near her home is the Largo Nature Preserve with extensive board walks.  I looked at the map and there was a Racetrack gas station right at the entrance.  So this morning I went there first, got my large coffee and took it with me into the park.  I exchanged my bike sandals for my tennis shoes and walked the extensive boardwalks.  The planes and handrails are made with that plastic/wood hybrid.  Very well done.  Lots of birds to see.  The wadding birds perched on the railing weren't too skittish and I could sometimes pass them without them taking flight.

Early in in my walk I saw three, what I thought were, parrots.

I saw a couple with binoculars so I asked them.  They said they were Budgies that fly here from Cuba.  I don't know how I got into my story, but I learned that the woman was also from Wisconsin (New Berlin), she had walked parts of the Apalacian Trail.  We chatted quite a while for just meeting on a trail.  I learned that he had been part of 60 people in a research trial for using stem cells to re-create vertebrae.  He is doing well.  He said there was an optional second stage of the surgery that he chose not to do because he felt so much better after the first.  Those that did the second surgery got pins and plates and didn't do as well.  It is thrilling to hear about such advances in helping people with chronic back pain.

Leaving the nature center I rode to the Pinellas Trail and Rode to Downtown St. Petersburg to the Dali Museum.   The ride was fun.  I chatted with My sister and made a plan to visit her in September. She said it was hot up there and it is good I didn't come now.

Then I chatted a long while with my friend, Bev.  We became best buds in Junior High.  The ride seemed to go fast with all this human interaction.  But in reality I didn't arrive at the Dali Museun until almost two.

Before I left Inverness I bought a hefty combination lock for the bike.  As I was using it today, I kind of loved and regretted the combination I chose for it.  George and my wedding anniversary.  It is a reminder of what I am missing.  Though I know he would be happy with that choice.

I left, I thought, in plenty of time.  I actually thought I would arrive back in Largo and find a motel by 5:00.  I mean, Googlemaps said I less that's two hours away.

I didn't want to get a place in St Pete.  It would cost too much.

I stopped a few times and tried to find and call motels but got no answers.  It turns out, when I arrived they were weekly rental places.  No one was around to talk to.  I finally found a place with a vacancy for $100.  It is run down, with hair and sand in the corners.  But when I stepped out on the balcony it was all forgotten.

Tomorrow befor I leave here I want to walk the beach.  A Sister on the Fly has offered up a porch couch for a couple nights so I can figure out were to next.  Home?  South?  East? 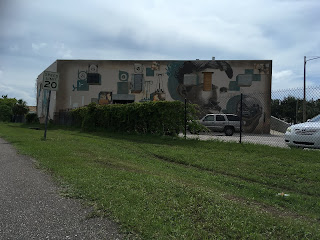 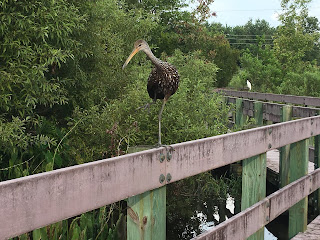 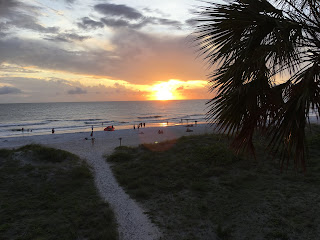 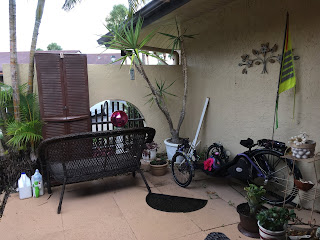 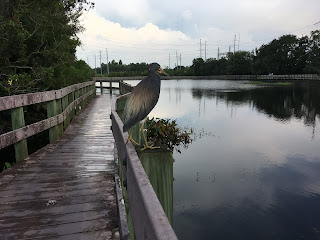 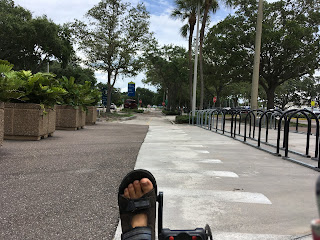 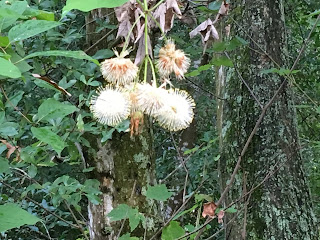 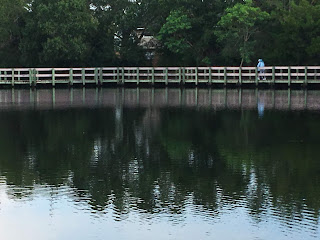 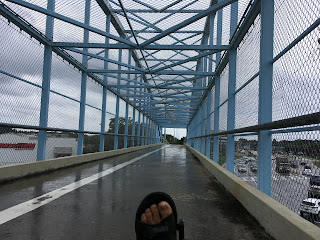 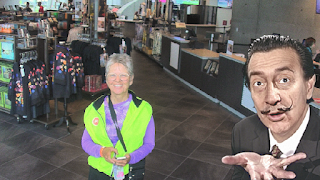 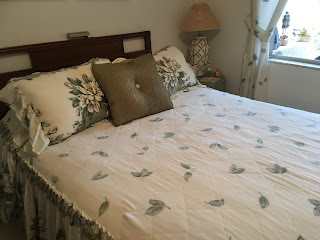 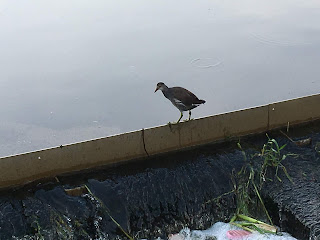 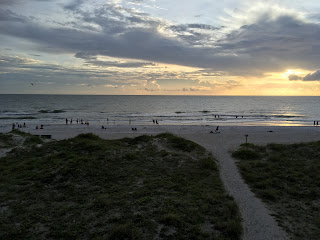 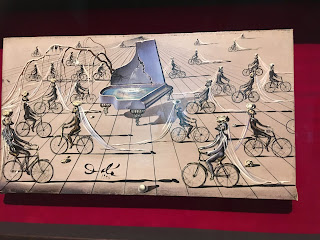 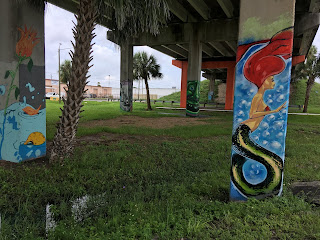 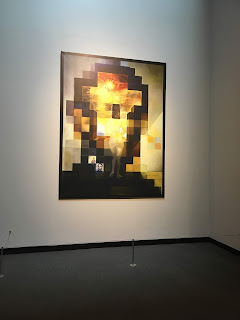 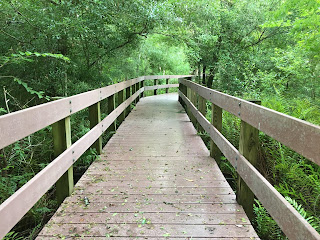 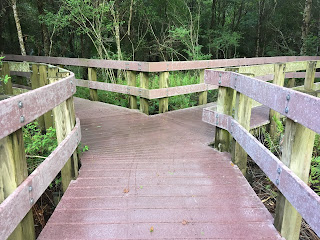 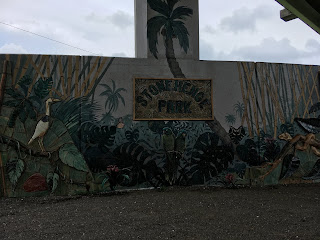