Today we didn't do anything special.  No tourist activities or sight-seeing.  I just took care of business. 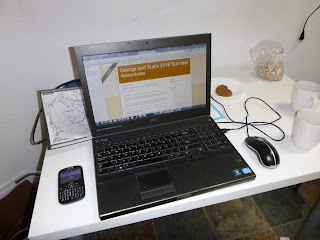 George... George, I think, just surfed the net.  One day I sat next to him as he was going through Facebook.  I thought he would click on my blog and look at the pictures.  He just paused and then continued to scroll. 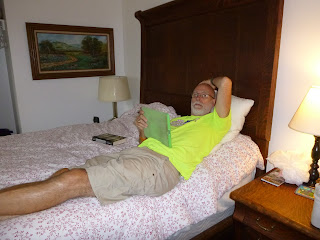 I called and left a message for the realtor in Alabama.  If we were closing tomorrow, how come I hadn't any paperwork yet to sign and return.

The owners of our Airbnb offered to let us do laundry in their machines.  So I did laundry.  And while the clothes were in the dryer I heard back from the Title Company.

The gal at the Title Company had dropped the ball.  So she sent me the paperwork via email right then.

I mentioned to George that after I was done taking clothes out of the dryer we would have to go to the library and print things out.

With the anticipation that we were going to go do something, George pulled the trikes out and sat in the driveway on his trike.

When I was done with the clothes, we rode over to the library which was only three blocks away. 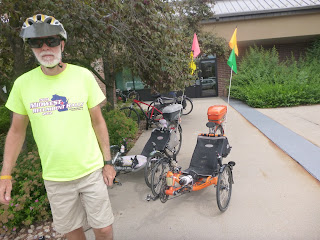 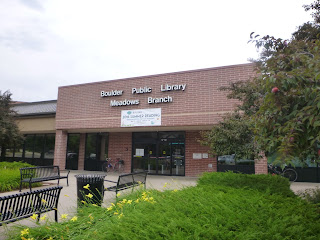 I had questions about the documents and I had not brought the title company contact info with me.  So we went back to our "home" so I could read the documents over and call her with questions.

By this time it was noon and George was hungry.  I pulled out stuff to make him a PB&J sandwich.  Only we were out of jelly.  So I pulled out some honey.  And then I discovered I only had one slice of bread.

So he made his pb and honey.  I put more peanut butter on a plate and pulled out the carrots and fruit and we snacked on that while I reviewed the documents. 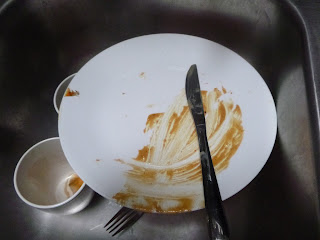 George waited in the driveway while I cleaned up and got ready to go again.  I had to go to a bank for a notary and then to a UPS station. 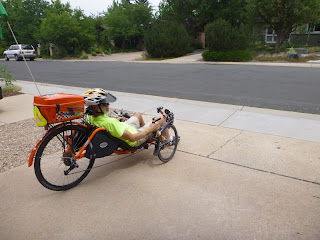 Both places were in the same area as the library, only about 3 blocks from our "home"!  Convenient! 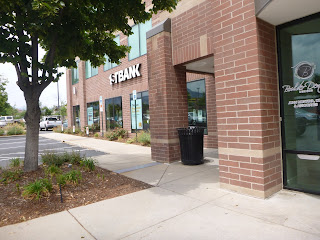 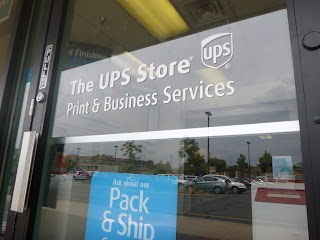 I had arranged for our mail to be mailed to General Mail in Boulder.  So we rode our trikes on trails and bike lanes to the Post Office. 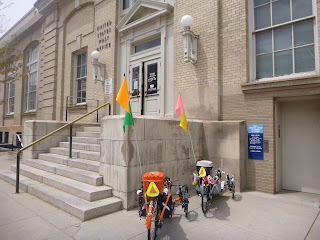 The line was moving very slowly and was long.  Our son called while we were waiting and I told George to stay in line and I took my cell phone outside so I could talk to Jeremy.

It was nice to hear from him.

I talked for a while, then went back in to check to see if George was close to the front of the line yet.  The line had hardly moved. 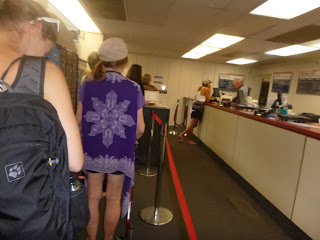 I got our mail and then we went in search for lunch.  My Ipad said there was a Vegetarian restaurant near the post office.  But it wasn't there and in it's place was a high-end restaurant.

So we went in search of a grocery store we had passed called SPROUTS.

The prices were good there!  I was surprised.   But we passed it up and went to Great Harvest for a sandwich. 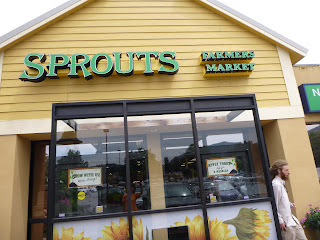 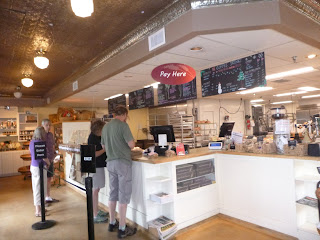 They gave us a slice of bread to try.  We tried raisin cinnamon gluten free.   It was sweet. 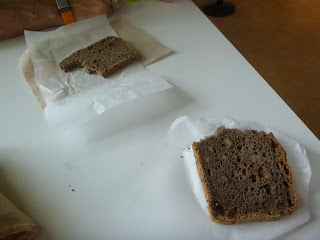 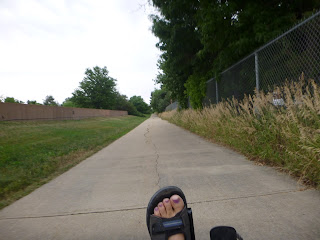 We went to check out the cost of going to Anytime Fitness.  The staff person said each Anytime has different owners.  So if we joined Boulder's Anytime, the fob wouldn't work at other places for about 1 month.  By that time we will be heading home!

She allowed us to come back today to use the facilities for free and to sign up with the Inverness Anytime. 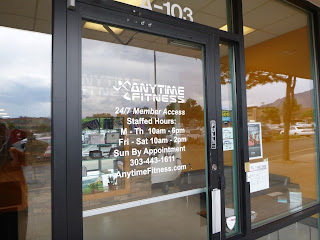 We took our groceries home that we had picked up at SPROUTS and we  grabbed our tennis shoes and biked back to Anytime. 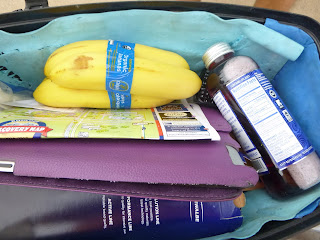 We worked out for about an hour.  We even tried the hoola hoops!  Then George was done and wanted to leave.

I told George that we would drive to Fort Collins, CO tomorrow and visit the bike shop and ride the trails there.  When we arrived back home we put the trikes in the van, ready to go.

I had reserved a whole month at this location.  But later we got a gig house sitting in a nearby location.  When I had tried to change my dates on the AirBNB site, the costs were going to be more than if I left the reservation the same.  This is all done on the computer through the site.

I explained what had happened to our current Airbnb hosts.

Our Airbnb host offered to refund some of our money if he found someone to rent our place after we leave on Sunday.  As soon as I canceled my reservation on Airbnb, he got a reservation starting on Sunday!

He emailed and said he and his family would be camping this weekend.  So the only way he could accept the reservation is if I cleaned up the space and prepare it for the next renters.

I said yes!  Then I made a list of things I will need. Vacuum, more TP, fresh towels, fresh linens.  He will show me where those things are on Thursday afternoon, he said.

My plan is on Sunday we will pack our car and then we will clean and make things neat before we leave to watch Gus the cat.  I just hope I can keep George occupied so I don't feel so rushed.

Riding up the COVID Bell Curve as Best We Can

Sunday, March 29, 2020 The surreal situation, we are now living through a pandemic that has: Put millions of people out of work because... 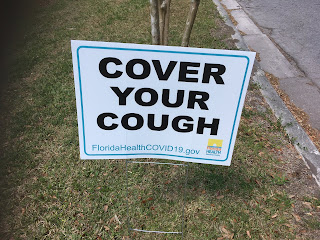